The April 15 tax-return deadline has come and gone—at least for more than 100 million American taxpayers who reportedly filed on time.

That leaves about 35+ million still needing to do their returns, with interest accruing for taxes owed.

And filing this year occurred during “the most complicated tax season ever,” certified public accountant Ross A. Riskin told The New York Times.

Riskin, also an assistant professor of taxation, made that observation as accountants and taxpayers dealt with changes and challenges of the Tax Cuts and Jobs Act of 2017. To say nothing of the complications and delays resulting from the 2018-19 government shutdown that lasted 35 days. Against this backdrop, more than 700 Working Solutions contact center agents assisted customers of our tax-preparation client. The agents are part of an extended team, which included about a half dozen service network providers, along with client staff.

In the rush of last-minute filings on April 15, our agents provided high-level customer support. They achieved a net promoter score above the network average, handled the highest number of calls per hour, and delivered superior results with the lowest average handle times. Also, their single-digit transfer rate surpassed the network measure by nearly half.

Along with the entire tax-preparation team, such efficiencies sped up interactions while providing responsive customer care. The result: More service, less stress.

On April 15 in the rush of last-minute, our agents handled the highest number of calls per hour and achieved a net promoter score above network average. With the initial crush to file taxes over, agents will continue taking care of customers through the October 15 tax-extension deadline. Afterward, it will be time to begin gearing up again for 2020. 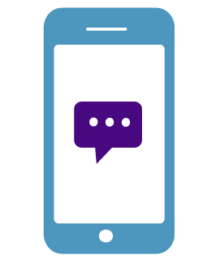