Gavin Woody Goes the Distance — and Then Some 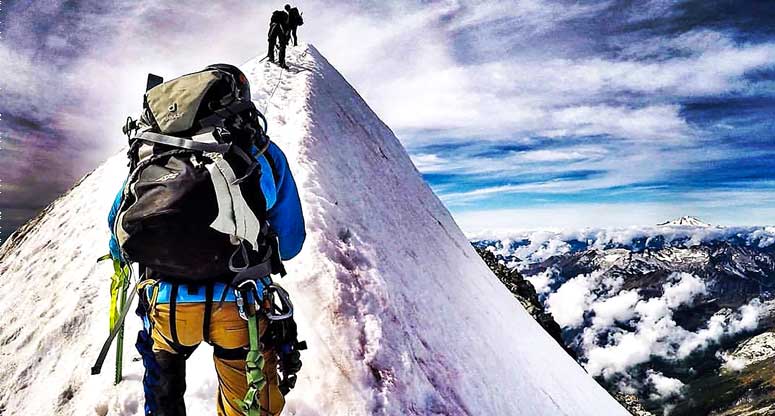 Ask Gavin Woody, former vice president of operations at A Place for Mom, why he competes in high-altitude trail races around the world. He’ll tell you straight up: “We’re designed to do this.”

By “we,” he means you and me—as humans. To be fair, Woody, a West Point graduate and former U.S. Army Ranger, is maybe a bit more human in this regard than most of us.

He excels in extremes—harsh weather and challenging conditions. A pragmatist, Woody works incrementally, one race building to the next. Harder, higher, longer. “A progression over time. To me, it feels normal.”

Each event is thought-through. Well-planned. “Like to challenge myself, but not bite off more than I can chew.” In the last several years, he’s competed in fabled races, such as:

Running his first marathon in 1997, Woody later came across a book that changed his life, Born to Run: A Hidden Tribe, Superathletes, and the Greatest Race the World Has Never Seen.

It describes how man, as a hunter and tracker, evolved. Hunts lasted for days as animals were chased down for food. Running long distances came naturally. Made perfect sense to Woody, a marathoner and Ironman triathlon competitor. He soon switched to trail running and mountaineering.

Woody proposed to his wife, Sara, on Mount Kilimanjaro, Africa’s highest mountain at more than 19,000 feet. A kindred soul, he said: “She gets it. The allure. The adventure.”

The parallels between a well-paced race and well-run business are many, believes Gavin Woody, a skilled leader, long-distance runner and mountaineer. His passion for trail running combines talents from all three.

Here are a few lessons from the trail:

Lesson #1: Break It Down — In distance racing, success is just as much mental as it is muscle. No matter how far the run, the strategy is to break things down into manageable pieces. Divide and conquer to cover ground. Fifteen minutes. Five kilometers. A series of short successes. “Don’t think about the whole 350 miles.”

Lesson #2: Keep Your Wits — Like business, trail runs are over rough, unmarked terrain. A race can span days and nights, with long stretches of nowhere in between. In places, the path can veer off in the wrong direction. And if your mind wanders, you get lost. To stay the course, “you cannot be complacent.”

Lesson #3: Benefit from Negative Thinking — Push yourself, but never beyond the point of no return. Learn what you can tolerate, whatever the circumstances. Always be prudent. Assess the dangers, likelihood of failure and consequences. Risk, but don’t be reckless. Benefit from “the positive power of negative thinking.”

When racing, Gavin Woody doesn’t like to repeat himself. He searches the world for events with “the lowest finishing rates.” The former military commando favors tough odds.

In January, for instance, he competed in the grueling MONTANE® Spine Race, his seventh 200+-mile event in recent years. A hundred and twenty entered the nonstop, five-day event. Only 50 finished the 268-mile course along the Pennine Way in the U.K.—with Woody placing fourth.

Persistence, rather than quickness, pays off. “I’m more turtle than rabbit,” he jokes. “Speed up, slow down. But always moving.”